Another great team camp this last weekend, MJ and his counselors/coaches made things enjoyable for the kids.

I realize rosters have not been determined and there are some players MIA, so it’s difficult to see how well a team will develop. So, with that in mind,  here are some quick observations on the teams I saw the most.

Like all the other teams in 3-5A (with the notable exception of Gadsden,) the Trojans are in a rebuild mode. While the focus seems to be on senior Callie Chambers, Mayfield does have experience in Brooklyn Amador and Vanessa McGee. All of their up-and-coming players got plenty of play time, including setter Karlie Ontiveros. I like Allyson Lucht; she’s developing nicely and is becoming a strong presence at the net.

With Maddie Byrd and Sarah Fountain, coach Leupold has a good foundation for his younger players. It will be interesting to see what he does at libero with Cori Perrault gone and at the setter position, which was their Achilles heel last season. Devon Mulheron and her signature slide are also missing. I look forward to see how Fountain develops–she’s incredibly athletic and exciting to watch.

It’s impressive to see the progress made by coach Ben Wallis and his Storm team. Starting only their second season in 2010, the Storm team is competitive and challenged a strong Chapin team for the camp championship. All this accomplished without two of their key players. Must be something in that Rio Rancho water. Wallis’ enthusiasm for the game and his kids is second to none.

I think the state of Las Cruces and Mayfield levels the playing field for 3-5A district-mates Oñate. Alice Borden, last year’s Gadsden assistant, inherits a team with a sound foundation laid by predecessor Jennifer Jordan. In talking to coach Borden, some assistants and parents, it sounds like Oñate has the right attitude, and many times that’s half the battle.

There’s been much improvement with setter Laura Carbajal’s performance, and with some developing hitters in Kristine Estrada and Rachelle Gomez, the Mavs should make things bumpy for their District 5-2A rivals, Tularosa.

Chapin was the only El Paso team in attendance. The Huskies beat Las Cruces High in last year’s informal tournament, and knocked off Cleveland this year. With new hire Joe Morales at head coach, there seems to be a new level of confidence surrounding the team. Megan Dominguez is solid and their front line was surgical in finding holes in their opposition’s defense. Middle Nikki Fults is scary athletic, and was often making alot of something out of nothing. The team that was there will do just fine this season.

Didn’t get to see this group enough, but the front row that team has is pretty talented; Hannah Ballew, Jenna Elkins and Kelly Richards, all juniors, were having their way with the teams they matched up against on Saturday. I hope they make a return trip to the Las Cruces area.

Gone but not forgotten

Both Tularosa and Mesilla Valley, who have attended the camp over the past few years, opted out of attending this year’s camp. Coach Joseph Sanchez’s Wildcats, a contender for this year’s 2A crown, chose to focus on playing on the eastern side of the state.

Meanwhile, Mesilla Valley is breaking in their third coach in three seasons with Kim Ingram. Also a mainstay at area camps, MVCS looks to be building from the ground up–I’m not sure missing camp will help. 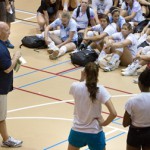 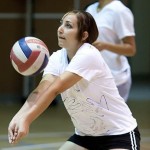 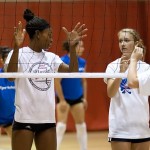 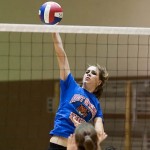 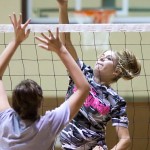 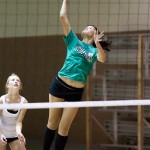 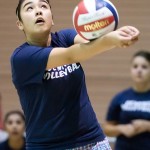 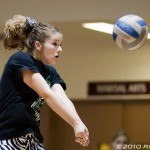 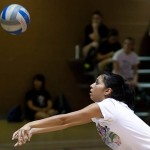 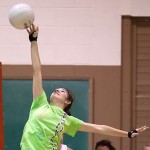 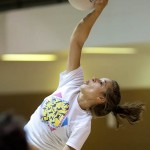 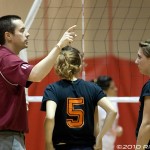 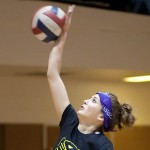 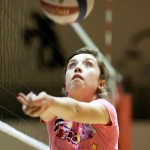 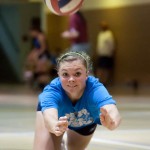 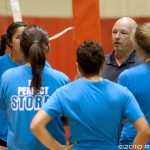 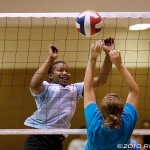 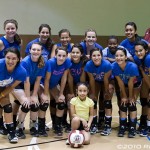