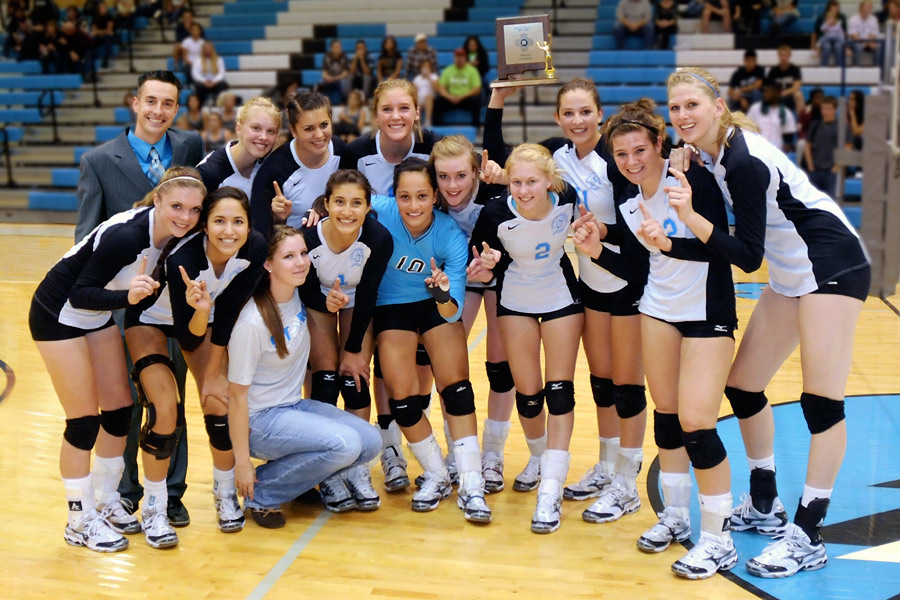 In their second year in existence, the Storm collected the first District Championship in the school’s history by defeating the defending state champs , Rio Rancho, the fourth time in four tries this year. Jayla Trombley and Mackenzie Clark were up to their usual great play and were tough to defend all night both chipping in with double digit kills as well as Morgan Godbolt on the right giving the Storm trouble for 5 games. The Storm (20-1) will try and defend their #1 seed starting this Thursday at the Star Center.