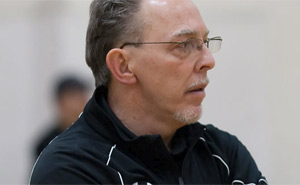 Al Rosen is on the move again, this time in the club system; Rosen has left Wildfire to coach with the El Paso Diggers.

Citing the lack of a 18s team to coach at the Wildfire, Rosen opted to move across town in El Paso to lead the 18s team with the Diggers. His team is not lacking talent by any means–the roster includes Gadsden/EP Coronado standout Veronica Rosen, Chapin’s Sarah Sherman, and Eastlake junior setter Victoria Torres, who recently earned Texas All-State honors in Class 4A.

Synonymous with Wildfire’s success over the years, Rosen has lead his squads to both regional wins and deep runs in national tournaments. Some of the players under his tutelage to sign at the college level include Megan Dominguez (Texas Tech), Nathalie Castellanos (NMSU) and Caroline Brown (Davidson).

In addition to the 18s, the Diggers also has a 16s team coached by UTEP Assistant Coach Julie Allen, a 15s team and two 12s teams, one of which is coached by Eastlake head coach Tracy Lutich.

Learn more about the Diggers: