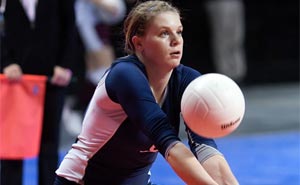 Congrats, again, to Warren for earning her 2nd Gatorade Player of the Year.

In addition to the Gatorade award and an appearance in this year’s state final game,  Julia also was named as a Third Team All-American by MaxPreps earlier this month.

Her fans in New Mexico need not fret; Warren will be playing for UNM, so expect to see much more of this impressive young lady.