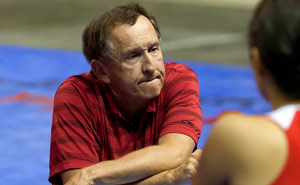 Mike Majors, has been named the 2012 Volleyball Coach of the Year by the New Mexico High School Coaches Association.

Majors also coached standout outside hitter, Devanne Sours, who has signed to play with University of New Mexico in the 2012 season.