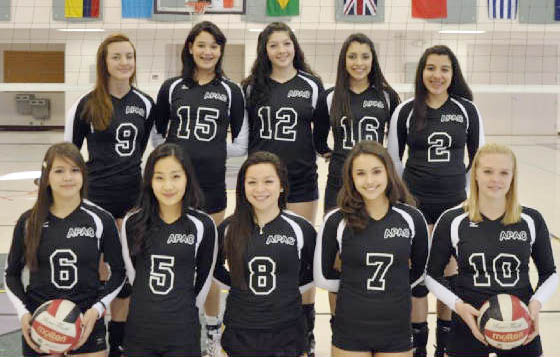 Looks like another El Paso club team is starting to make some waves in the region. LoneStarVolleyball.com had this to say about the up-and-coming 16s team:

For example, we don’t have them in the Top 10, but out El Paso way, APAC 16 Black has the look of a contender for a bid to the national championships. APAC recently won the Silver Bracket in 16 Open at the Fiesta Classic in Phoenix, placing ninth out of 38 Teams. APAC lost only two matches — a tight battle with Laguna Beach, ranked #10 nationally, and Arizona East Valley Mizuno, which finished fourth overall. The team features a collection of the area’s top young talent from Franklin, Coronado, Burgess, Gadsden and Montwood.

Keep up the good work!

1 thought on “APAC gets recognition”