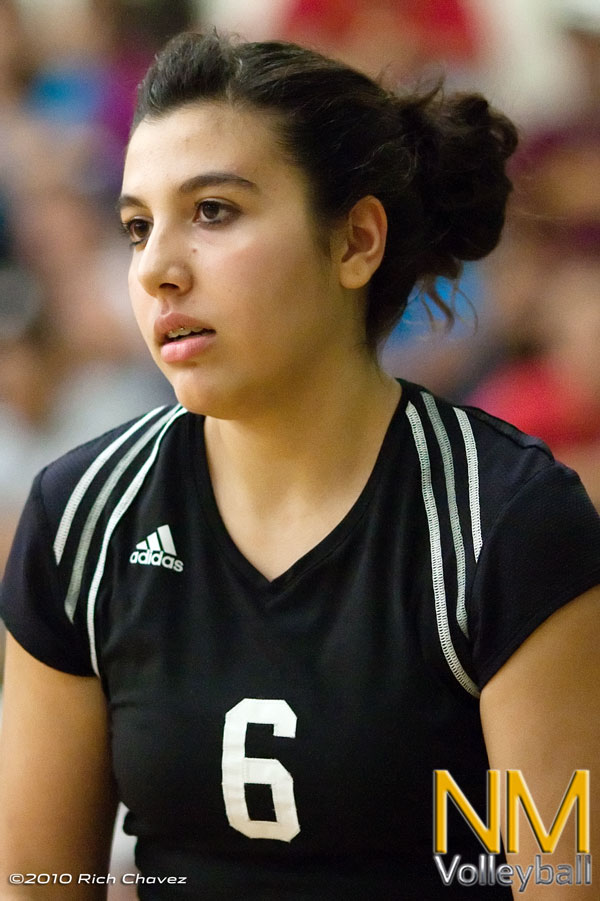 The El Paso Times ran a 2012 preview of the El Paso area volleyball teams this week. At the top of the list: Franklin. With OH Sydney Johnson and setter Monica Claxton, the Cougars look like the team to beat in the Sun City. Coronado, another perennial favorite, lands in at #3 but I would expect them to give Franklin a run for their money again. In addition to Grace Park and Mariana Caballero, the Thunderbirds will have ex-Gadsden OH Vero Rosen on the squad.

Read more about the 2012 volleyball season in the El Paso Times.

Ex-Roswell Coyote Chantale Riddle is taking a major role for the Lobos in the 2012 season: replacing Ashley Rhoades as the go-to hitter. Those are some big shoes to fill.

With only one senior on the UNM squad, and very little experience, the Lobos were picked sixth in the preseason MWC coaches poll–a gift from the former Coyote’s perspective.

Read more about Riddle’s role and the rest of the UNM squad in yesterday’s Journal (subscription required).