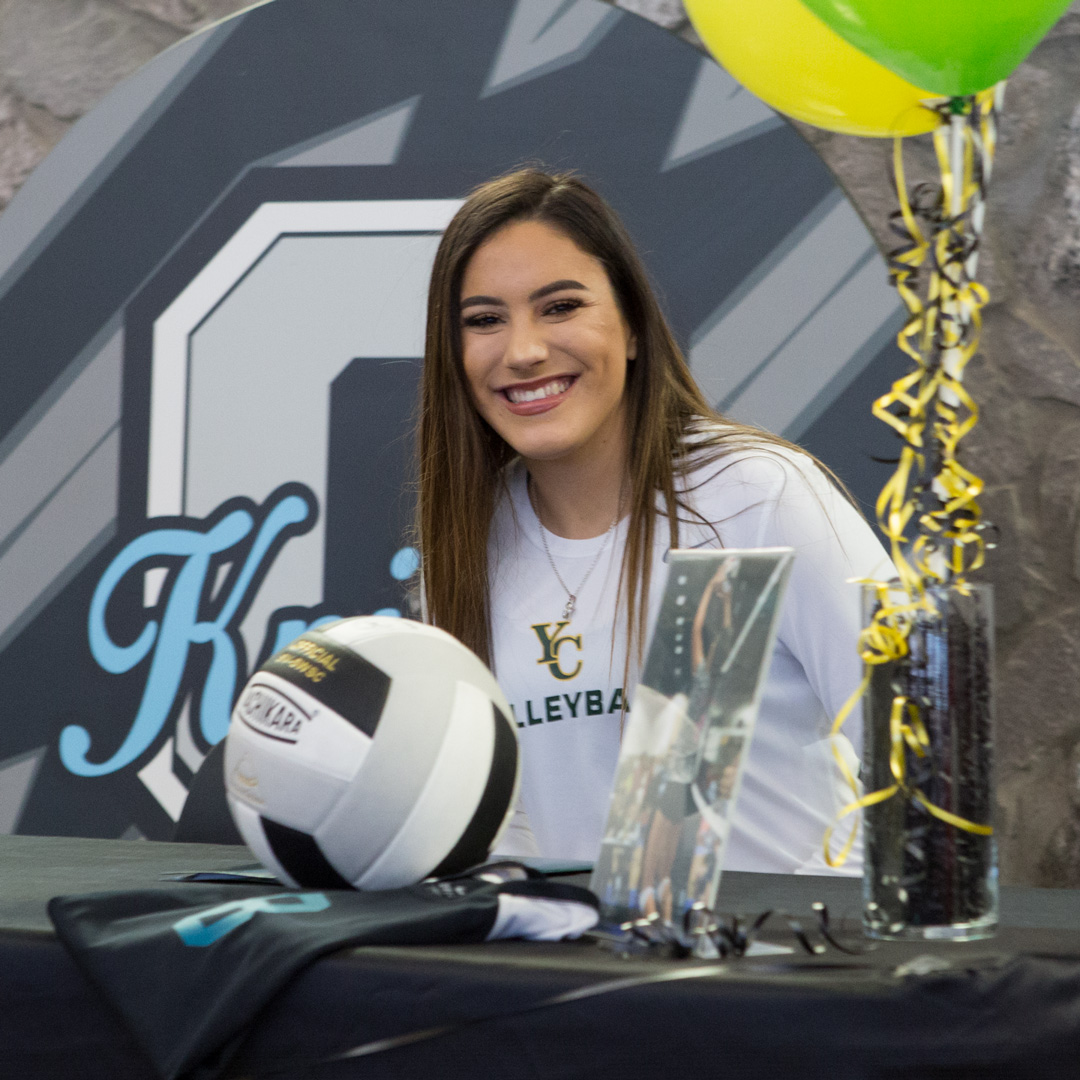 Congratulations to Pilar Daugherty for signing on to Yavapai College to play at the next level.

Daugherty’s academic accomplishments include a 3.82 GPA, 4 years academic letter, and a National Honors Society member for 3 years. She was selected for Junior Leadership, was a state-qualifying delegate in Student Council, and was also a Key Club Member.

Athletically, Pilar was a 3-year starter on varsity. She earned 1st Team All-District in 2016 and 2017, team MVP her senior year and was a starter on the undefeated District Champion volleyball team as a sophomore during the 2015 campaign.

Her athletic skills go beyond that of volleyball–she was the back-to-back district champion in shot put and 4-year letterman on the OHS track team, including a 3rd place finish in shot put at the 2017 State Championship.

Yavapai College community college serving Yavapai County in Arizona, based in Prescott. The Roughriders play in the National Junior College Athletic Association (NJCAA) in the Arizona Community College Athletic Conference. Head coach Zachary Shaver lead the YC to a 15-13 record (8-5  in conference play)during the 2017 season, finishing as runner-up in District B.