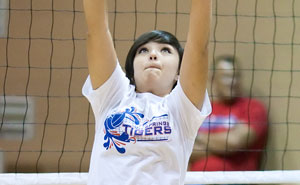 Moriarty drops to 6-9 (1-2 district) and prepares for a few away games, taking Atrisco Heritage Tuesday and Academy on Thursday.

Lots of discussion regarding the coaches poll. I’m unsure of the deadline for votes, so there might be a delay in how the teams are decided. That said, I think alot of these wins are overlooked. A good example from last week:

There’s obviously not a lot of logic in the process, so my guess is many of the coaches “guesstimating” it without taking everything in consideration. Does that mean many teams like Lordsburg, St. Pius or even Artesia for that matter are not getting the kind of recognition they deserve? Absolutely.

So we know the current system can’t yield an fair, accurate result–come tournament time, one can hope that the respective selection committees see through the morass of skewed polls and pick deserving teams to compete, seeded where they belong.

I’m probably opening a can of worms with this idea, but I’ve thought about putting up a discussion board. With the many discussions going on, especially with the polls, a board might be more suitable. Comments are welcome.